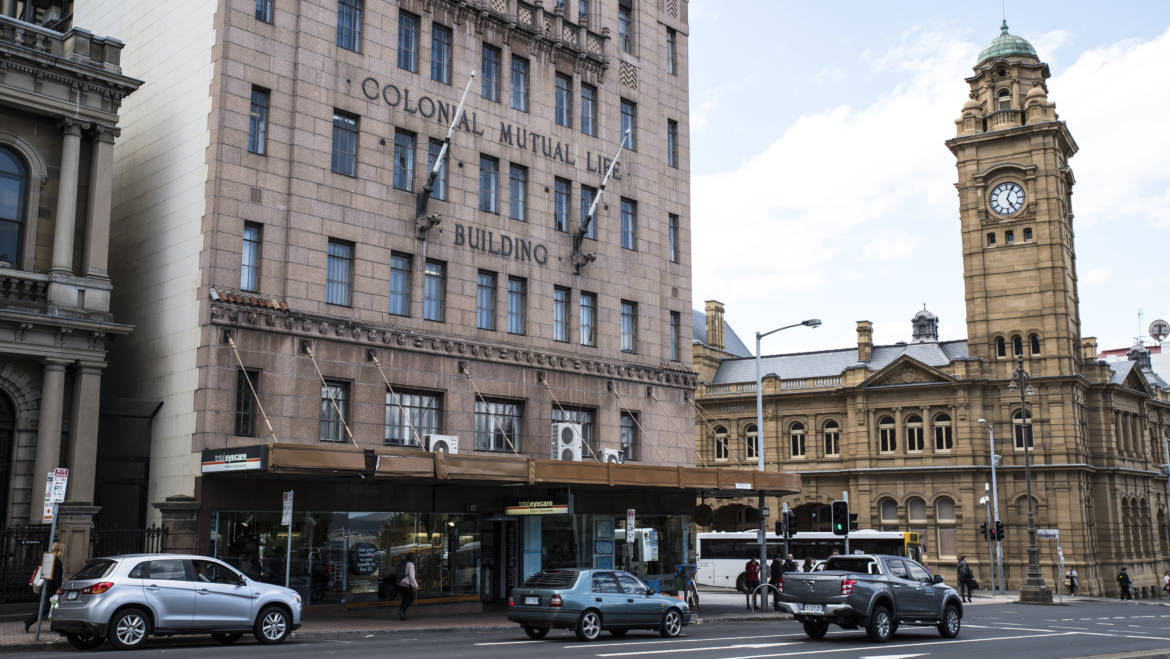 Our commitment to optometry in southern Tasmania began in Hobart in 1946 with the establishment of Ken Iredale’s first optometry practice on the corner of Elizabeth and Macquarie Streets in the old Colonial Mutual Life (CML) Building.

Over the years the small practice grew and merged with other small independent optometry practices to eventually become Total Eyecare Optometrists.

The only two Tasmanian Optometrists ever to be awarded the Member of the Order of Australia Medal (AM) for services to Optometry were both Total Eyecare Optometrists, Brian Sims and Micheal Knipe.  This is a demonstration of a strong commitment to excellence in our field.

Total Eyecare has the finest team of experienced Optometrists, each with 10 years or more clinical experience.  We are the largest and most experienced independent provider of quality eyecare in Southern Tasmania.

Even though we are the longest serving eye care group in Tasmanian, our dedication to serving the public and providing the most comprehensive eyecare and service remains the same as it did in the beginning.

Micheal Knipe honoured in Australia Day Awards with an AM award.
2015