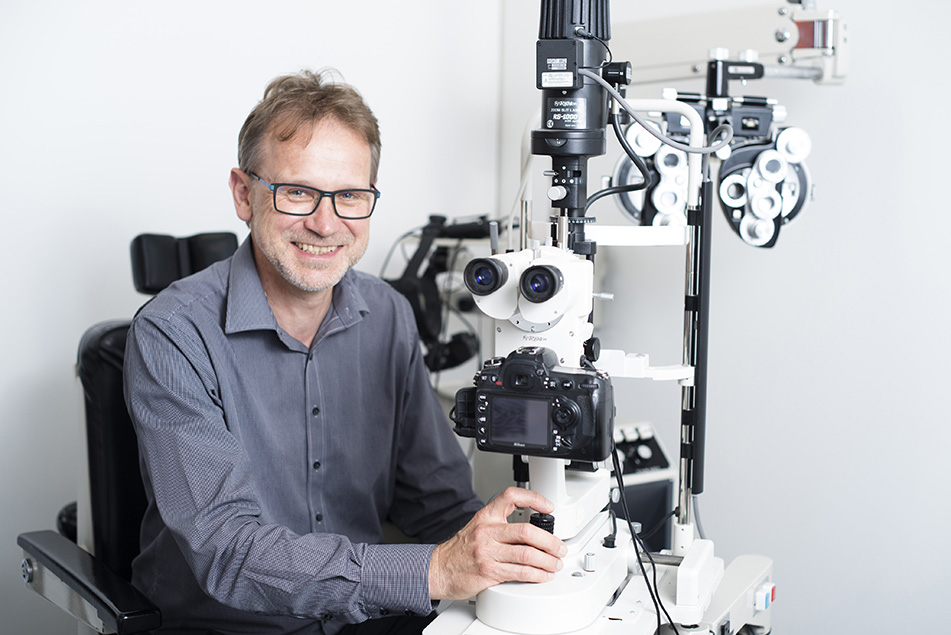 Andrew Koch trained in Optometry at the University of Melbourne and has worked in 4 states of Australia as well as the UK. He also has professional qualifications from the College of Optometrists (UK), the State University of New York, and is registered in Tasmania to prescribe therapeutic drugs for the treatment of eye disease.

He has completed postgraduate study in business administration (Latrobe University and Macquarie University). He was awarded the inaugural Searson Buck Company Directors Prize in 2005. He is a graduate of the Australian Institute of Company Directors, a director of Provision Eyecare and is the CEO of Total Eyecare in Hobart.

Andrew has worked in developing countries, having been involved in health and training programs in Tanzania and Bangladesh in the early 1990’s. Since 2002 he has been involved in the development of eyecare programs in East Timor where he continues to regularly participate in voluntary eyecare work each year.

He is a passionate practitioner who has developed special interests in the monitoring and treatment of eye disease, contact lenses, children’s vision, public health and occupational vision correction.

Andrew enjoys using latest technologies in his work and has a creative flair with problem solving.

Andrew is available for clinical consulting at Total Eyecare’s Sandy Bay and Hobart.